Whispers of God…Echoes of Eternity

ServeNow has just been offered two matching grants for this holiday season to double the impact of each gift given! The first is for $31,900 specifically to rebuild a classroom building for orphaned children in Uganda. We have already completed two buildings this year. But there are over 35 classrooms that need rebuilt for the 3,000 orphaned children in eight different locations! The present buildings are twenty years old, made of mud, bamboo and straw. They are being destroyed by termites and simply collapsing as well as condemned by the government. In Uganda, 12.2 % of children are orphaned. Without an education there is no hope or ticket out of poverty. That is why the need for classrooms is so great.

The second matching grant is for “Where the Need is Greatest” of up to at least $20,000! Below are two urgent area’s of great need that are especially on my heart to communicate right now:

The “Basic Things You Need to Know” Series

Many people in our world are without hope. Many young people join gangs or now even terrorist’s organizations for this reason. Our founder came up with the idea of a series of booklets that are called “The Basic Things You Need to Know” that are already being used in places of the world such as India, Ukraine, Nepal & Uganda. We especially provide them where access is very limited to the Word of God and discipleship material is lacking in the language spoken by the people we are serving. Most that we serve are extremely poor, living in slums, remote villages and deep in the jungles. 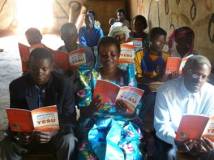 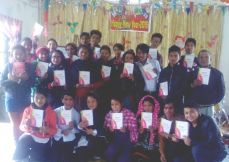 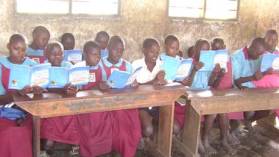 There will be 30 books in the series, only 32 pages each, written in a simple and clear way conveying the basic fundamentals of the Christian life. It begins with “The Basic Things you Need to Know about Jesus” and then goes to “Reading & Studying the Bible” “Salvation” and “Prayer.” (Click here for more detailed information: DiscipleshipindepthServeNowChurchprogram4). 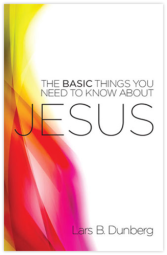 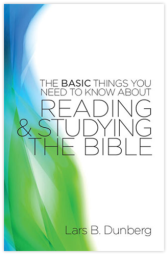 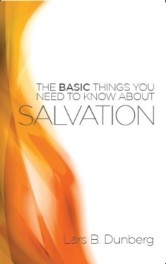 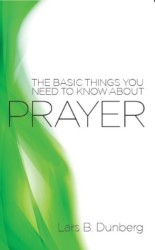 The next four booklets are ready to be printed and distributed, including one I wrote on the “Church.” 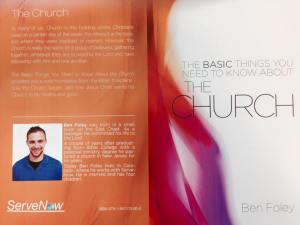 Right now, I am writing two future one’s on “Obedience” and “Serving.” This provides a follow-up discipleship process over a period of 5-7 years. The greatest need and calling we have as Christians is to make disciples of Jesus in ALL nations (Matthew 28:18-20).

We have a dream in the future to have these translated into Arabic to impact even Middle Eastern countries where the hope of the Gospel is desperately needed, especially among young people. This is because we know the power of the Word of God to transform lives! We receive weekly testimonies that again and again demonstrate the impact of these books.

For example, here is a recent testimony of a young man from Uganda: “Through the book about Jesus, I was encouraged to do God’s work. I have also learned how a Christian should behave both with fellow believers and nonbelievers such as, being humble, exemplary and following the footsteps of Jesus Christ.  As a student, I face so many challenges including peer pressure but the book has helped me maintain a godly character following the life example of Jesus as prescribed in the book. I have become bold in my witness to fellow students, including those who persecute me because of my faith. I have been able to stand strong in salvation because of the words prescribed in this seemingly little book, but one full of inspiration.

51,000 more need printed by the end of December this year! About 45,000 of those are the next four books in the series, including the one I wrote on the church. It will cost about $40,000 to print these all to begin to use around the world. Remember, every gift right now is doubled! So, for a gift of $250 you can equip two churches with the first four “Basic Things” booklets, instead of just one church! Imagine how many lives could be touched and transformed! Believers begin to share these books with their unsaved family and friends. They are also given out through outreach projects such as ServeNow medical clinics and anti-trafficking programs where people are introduced to Jesus sometimes for the first time!

Our Scripture program is really at the heart and core of all we do at ServeNow. There are many different forms by which serving those in need finds expression, but it really begins with equipping the local church and new believers with the Word of God and the “Basic Things” series. Then as a relationship is established and the need of each community is assessed, we empower the church to serve the people in the community, that they might “taste and see that the Lord is good!” (Psalm 34:8).

At the end of December into January, I will be leading a team from the US to Nepal. Please pray for the team going. One of the things we will be doing that is of great need (in fact more than ever this year) is providing warm winter coverings. Many people may not realize that the government in Nepal has not yet released funds to rebuild homes devastated by the earthquake back in April. (Many also don’t realize there have been close to 400 aftershocks as well since the first one…two just in the last two weeks of writing this nearly 7 months later!). One million people were displaced. Half a million homes destroyed. And now winter is here. Hundreds, if not thousands, in Northern India and Nepal die every year because of the cold and lack of sufficient coverings or any heating systems in their homes. With many people surviving under a tent, tarp, tin sheet, or whatever shelter they can find, this year the toll will be even higher. Unfortunately the most vulnerable are children and elderly. Should we not continue to serve those affected?

A secular Nepali newspaper recently said (and quoted from a man) in a particular village ServeNow provided aid, following the earthquake: “The village of Sindhupalchowk, is in the district worst hit by the earthquake. People there have survived the monsoon living in tin shacks, but now face the prospect of enduring a freezing winter in their temporary shelters. “We don’t have warm clothes. The water drips into our sheds,” said Hare Bahadur Bharati, 59. “Those who will survive, will survive; those who will die, will die.” (www.theguardian.com/global-development/2015/sep/24/nepal-earthquake-funds-unclaimed-unspent-national-reconstruction-authority).

We need to send at least another $25,000 to India/Nepal this November and December! 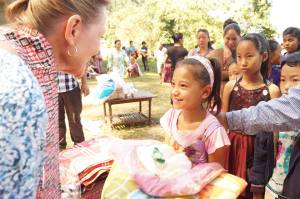 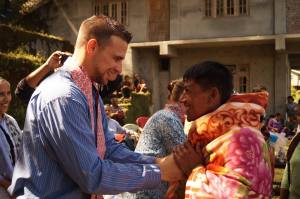 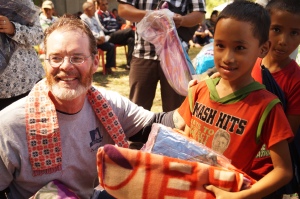 Where the Need is Greatest

As always, one of the best ways to ensure needs are being met are gifts simply designated as “Where the Need is Greatest.” I tell those who really believe in us and the work being done that this what helps us most so we have flexibility to meet the most urgent needs as they arise. Every month, even every week, could be different.

ServeNow has a vision. We have a network. We see the needs and have the ability to meet needs quickly, among some of the most vulnerable and needy in the world. But we are young (not quite even 3 years old!). The need is for partners to invest generously. This is not about us. We are simply an avenue and bridge to connect the church “here” with the church “there” to fulfill the calling of every believer to provide for those in need and make disciples of all nations!

You can give here if so led: http://www.weservenow.org/give-now.