Whispers of God…Echoes of Eternity

My favorite Revolutionary War general is a man whose name is not all that widely known, but who nonetheless is referred to as George Washington’s “most gifted and dependable officer.” He is unique in that he started at the lowest possible rank when the war began but by the end had risen to the top, second only to Washington himself. I also find it interesting that until the age of 30 he basically had nothing going for him, even facing his share of disappointments. But by 31, it all began to change, in fact by 32 he became the youngest general and by 34 youngest of Washington’s generals! 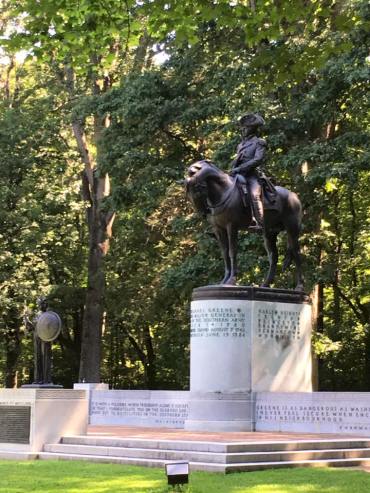 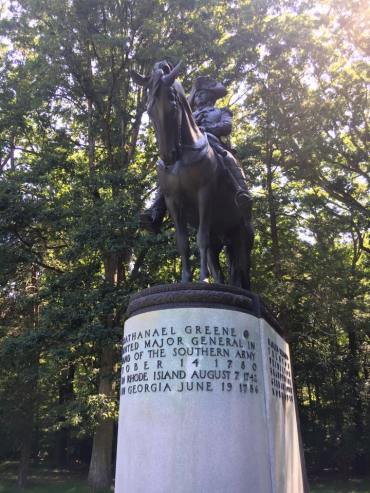 I think I am drawn to Nathaniel Greene because of some similarities in personality. He was an introvert, a country boy, bookish, constantly facing challenges, yet able to do so much with so little. The mission organization I lead (ServeNow), likewise prides itself in being able to strategically do so much with so little. In just our first 4 years of operation we have served in some specific way over 2 million people on less than (or now equal too) 2 million dollars a year. This translates to every dollar directly serving at least one person!

I also like that no one knows why Greene was chosen over those more experienced while still so young, and yet despite some early blunders, he would become quite the strategist (such as excelling in taking the high ground, knowing when to engage verse pull back, working with what he had and making the most of situations, etc) even though the odds were constantly against him. In fact, Greene constantly won by “losing.” A famous saying of his was “live to fight another day” and “we fight, get beat, rise and fight again.” He also is quoted as saying, “They have met their defeat in victory…the enemy got the ground the other day, but we the victory” and “They had the splendor, we the advantage.” 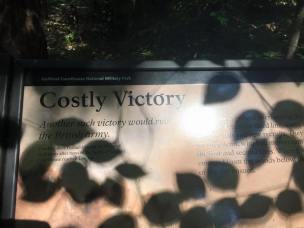 This kind of tactic is known as a “Pyrrhic victory” which goes back to a battle against the Roman army where the “victor” though technically winning the battle, ends up losing the war because of such heavy losses inflicted. It was named after king Pyrrhus of Epirus who first said the famous saying sometimes repeated in battle that:  one other such victory would utterly undo him. Greene continually “won” by “losing” which essentially came to head in the battle of Guilford Courthouse that I just visited and walked today. While a small space, it was a very significant battle that led to the surrender in Yorktown and end of the Revolutionary War. What was technically a “defeat”, was actually a Pyrrhic Victory! 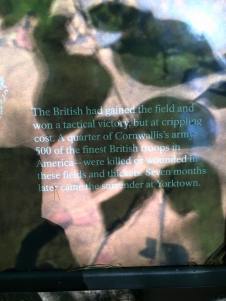 There are so many lessons that can be learned from Nathaniel Greene’s life and military strategy. He grew up a Quaker (pacifist) yet became a brilliant general despite his upbringing. He was constantly outnumbered, overpowered and up against the greatest military power of the day. Meanwhile he had little resources and often untrained and under-equipped volunteer soldiers! The Revolutionary War would often seem a hopeless cause…if it wasn’t for exactly that; hope that enabled men like Greene to patiently persevere. He learned to take the “high ground” and knew when to strategically “retreat” and “rest.”

Nathaniel Greene’s life (and the Revolutionary War in general) remind us that life can be a battle at times, but victory (and peace) is possible even in situations that are not ideal or “superior” to our abilities. Facing constant “defeats” in certain “battles” also doesn’t mean we can’t still win “the war.” Think long-term. Take the high ground. Work with what you have. Get back up. Know when to “retreat” and “rest.” Realize life has battles that must be fought. Conflict sometimes comes before peace. Live to fight another day.

As an “inspirational” character of our time put it to his son in Rocky Balboa: Let me tell you something you already know. The world ain’t all sunshine and rainbows. It’s a very mean and nasty place… and I don´t care how tough you are, it will beat you to your knees and keep you there permanently, if you let it. You, me or nobody, is gonna hit as hard as life. But it ain’t about how hard you hit… It’s about how hard you can get hit, and keep moving forward…how much you can take, and keep moving forward. That’s how winning is done! Now, if you know what you worth, go out and get what you worth. But you gotta be willing to take the hits. And not pointing fingers saying: You ain’t what you wanna be because of him or her or anybody. Cowards do that and that ain’t you! You’re better than that. 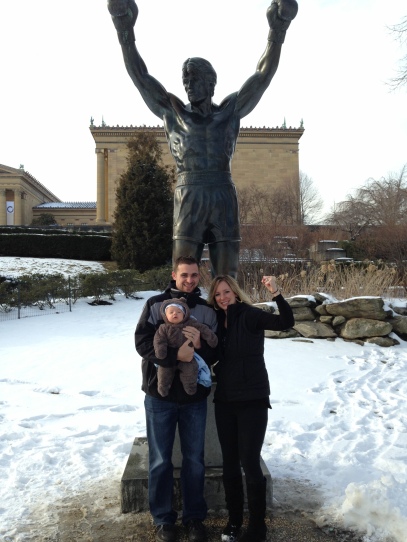